At Odyssean we believe that premium returns are delivered through expertise, rigorous analysis and an engaged, long-term view. We focus our investments on smaller companies which are often under researched and mis-priced.

We are always aware that shares represent ownership of an underlying business.  We believe it is our responsibility to engage with other stakeholders and, where necessary, to support them in improving operations or governance.

All too often fundamentally sound companies are mis-priced or unable to reach their potential due to factors that can be remedied. Odyssean's goal is to leave a company in a better position than when we first invested in it. 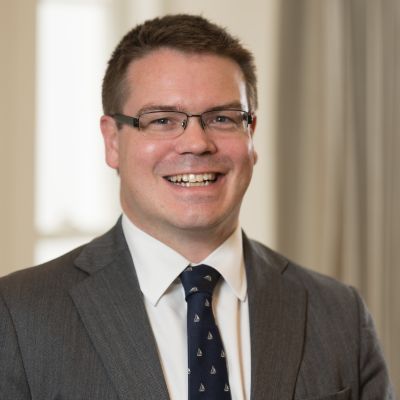 Stuart is a fund manager at Odyssean Capital, which he founded in 2017. He has spent the last 18 years investing in public and private UK small and mid-size corporates and a further two years providing investment advice in the same field.

Prior to founding Odyssean Stuart was a Director and fund manager at GVQ Investment Management. In 2009, he became lead fund manager of Strategic Equity Capital plc. and over the following 7 years, was instrumental in driving a turnaround in the performance and fortunes of this closed ended fund.

Ed joined Odyssean in December 2017 as a fund manager. Prior to joining Odyssean Ed was a Principal in the Technology team at HgCapital. He joined HgCapital in 2006 and worked on numerous completed deals, including multiple bolt on transactions made by portfolio companies. He has additional quoted market experience having led all aspects of the successful IPO of Manx Telecom plc in 2014 as well as having evaluated and executed public to private transactions.

Ed started his career as an analyst in the UK mergers and acquisitions department of JPMorganCazenove in 2004.

The Company’s shares are traded openly on the London Stock Exchange and can be purchased through a stock broker or other financial intermediary.

Subscribe to be updated on announcements, news, and information.

Frostrow Capital is an independent investment companies group and AIFM.